Now, I have to say, nothing quite beats a homemade gluten free mince pie, and I’ve got a brilliant recipe you can try. BUT, if you don’t have time or can’t be bothered then the there are plenty of fab shop-bought options.

Luckily for all you gluten free mince pies fans, it seems every supermarket is offering them this year, as well as plenty of smaller independents. Shop small if you can as often the quality of the pastry is better and you will be supporting a gluten free business. Supermarkets are easier for people to buy in most of the time though so I have included everything I could find so you have the full gluten free mince pies 2019 selection!

Price at £1.35 for four, these mince pies from Aldi regularly are marked as the best tasting ones by independent taste testing panels so they are definitely worth a try.

For those of you with a sweet tooth, try these icing topped mince pies from Asda. Also dairy free.

Priced at £2 for four, these Coop mince pies also fare well in taste tests due and are a very strong supermarket option this year. Also dairy free.

One giant mince pie for £2.10. Pricey compared to the supermarket boxes but this coffee shop offering is very popular amongst the coeliac blogging community. It’s also dairy free and vegan.

Priced at £4.65 these are slightly pricier but they are wonderful mince pies. I tried some last year and actually enjoyed them (a rare find for a mince pie hater!). The pastry was lovely and there was a good balance of filling, without the mince pies being too sweet. Available via Sous Chef – click on image below.

Priced at £1.99 for a pack of four or available to purchase individually too for 79p. These Holland & Barrett mince pies are gluten and dairy free, as well as vegan.

Priced at £2.00 for four, these We Love Cake mince pies are available widely in Iceland stores this year. They are both gluten and dairy free. Thank you Sarah from @gfblogger for being an EXCELLENT hand model for my photo.

Surprisingly for Lidl these are some of the joint-most expensive supermarket gf mince pies on offer this year, priced at £2.50 for four.

Priced at £2.50 for four, these Marks and Spencer mince pies are popular every year. They are slightly open-topped with a pastry star decoration.

Priced at £2.00 for four. These mince pies are also wheat and milk free, as well as gluten free.

Priced at £8.00 these pies are pricey but worth it for a treat as these gluten free artisan mince pies are delicious. I don’t actually like mince pies but I really enjoyed these as their pastry is excellent and filling is not overly sweet. Oast to Host offer a few different varieties, including boozy versions such as whisky or prosecco. They do an original gluten free variety too.

Priced at £2.35 for four. Ocado are selling the Waitrose varieties (scroll down for full info on those), plus these from Lovemood Foods.

Priced at £1.50 for four, these are gluten, dairy and soya free. Sainsburys also have a couple of other more exciting gluten free mince pie varieties available this year, as detailed below.

Priced at £2.00 for four. These spiced mince meat-filled mince pies have an icing lid and are both gluten and dairy free.

Priced at £2.00 for two, these larger flavoured mince pies are a nice alternative to the classics. They are both gluten and dairy free.

Priced at £1.50 for four. The gluten and dairy free are a classic but if you fancy something a little different, keep on scrolling to 18…

Priced at £1.75 for four. Ideal for people like me who aren’t overly keen on mince pies but still enjoy a gluten free festive treat, these little caramelised apple pies from Tesco are lovely. They are very sweet, but I enjoy the microwaves a little with some vanilla ice cream or cream on top.

Priced at £2.50 for four. Please be aware that although these are gluten free they are not suitable for wheat allergy sufferers.

Priced at £2.50 for two large mince pies with pastry star decoration, I really like the look of these and the Waitrose gluten free products tend to be very good quality.

For more gluten free Christmas guides have a browse of some of the below:

*This article contains some affiliate links, meaning no additional cost to you but enabling me to keep running www.mygfguide.com as a free website that is open to all :). 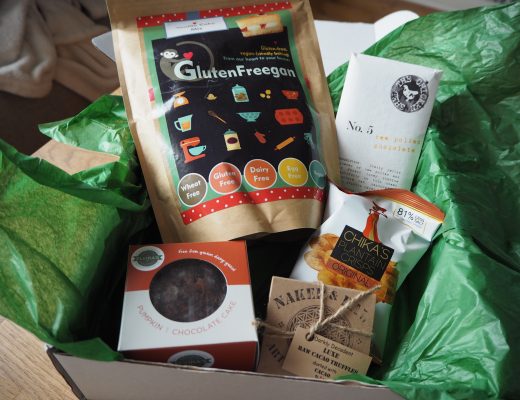